A Few Ships on Commission

NOTE: This post is actually several months old.  Because of changes in my computer system and the geniuses at Microsoft, I haven't been able to post using my normal browser and have to use another one to access my blogs and post pics to them.

I've been really lazy about posting for the last several months.  The boy and I have been playing a lot more lately - his latest craze, actually, is chess.  He asked me to teach him about a few months ago and we've played several games since, not including several more games that he played against the computer.

What I have to offer here, though, is a handful of 1/6000 ships that I painted on commission.  I wanted to try painting authentic camouflage on them and asked the owner if he minded if I played around with them.  Nope, play away, he said.  So I did.

First up is the Arizona in pre-war camo and the Pennsylvania in the blue on blue camo she wore from '42 through '45. 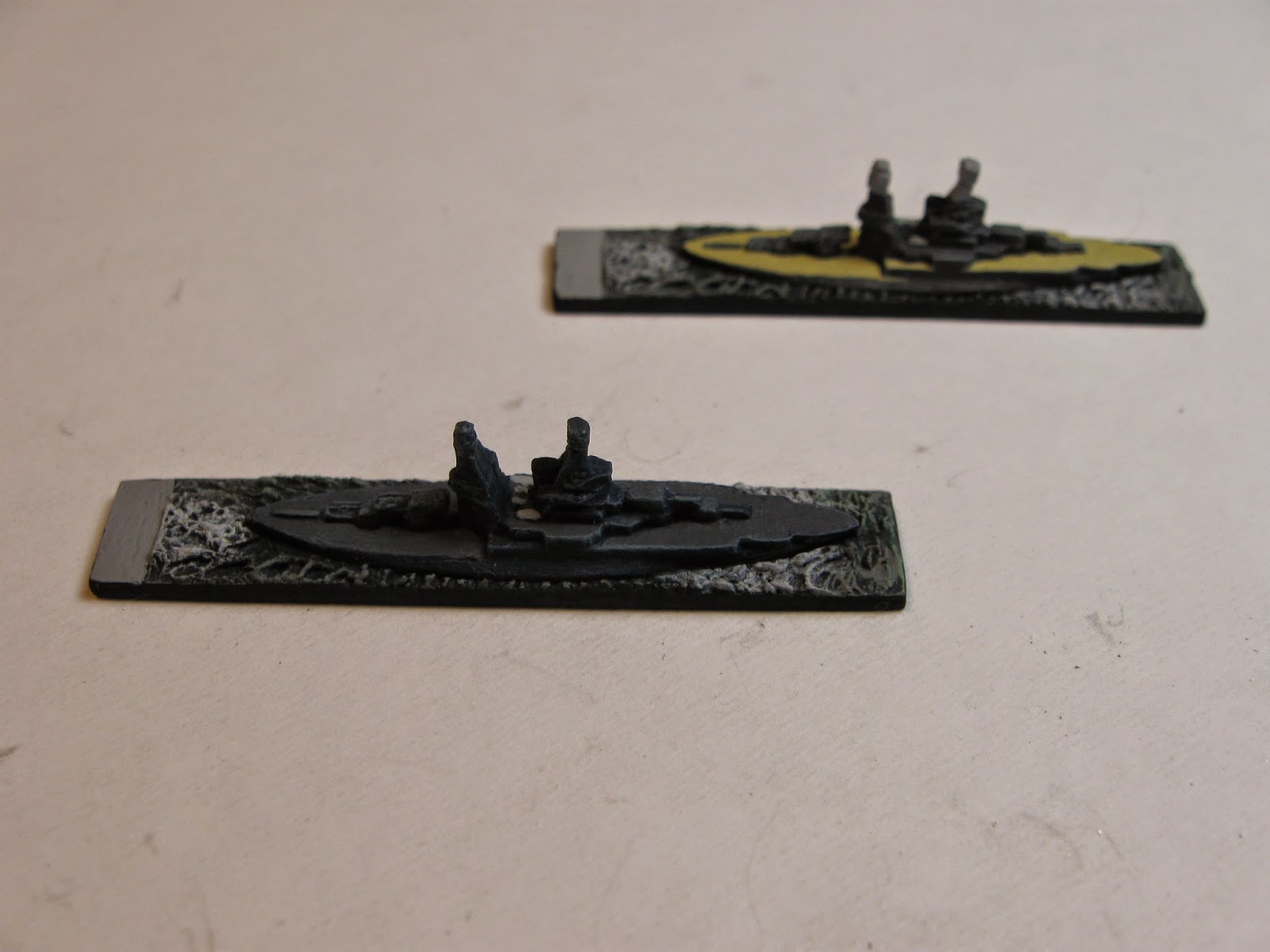 Next there are two Japanese behemoths and some early carriers.  Not much camo on them, though. 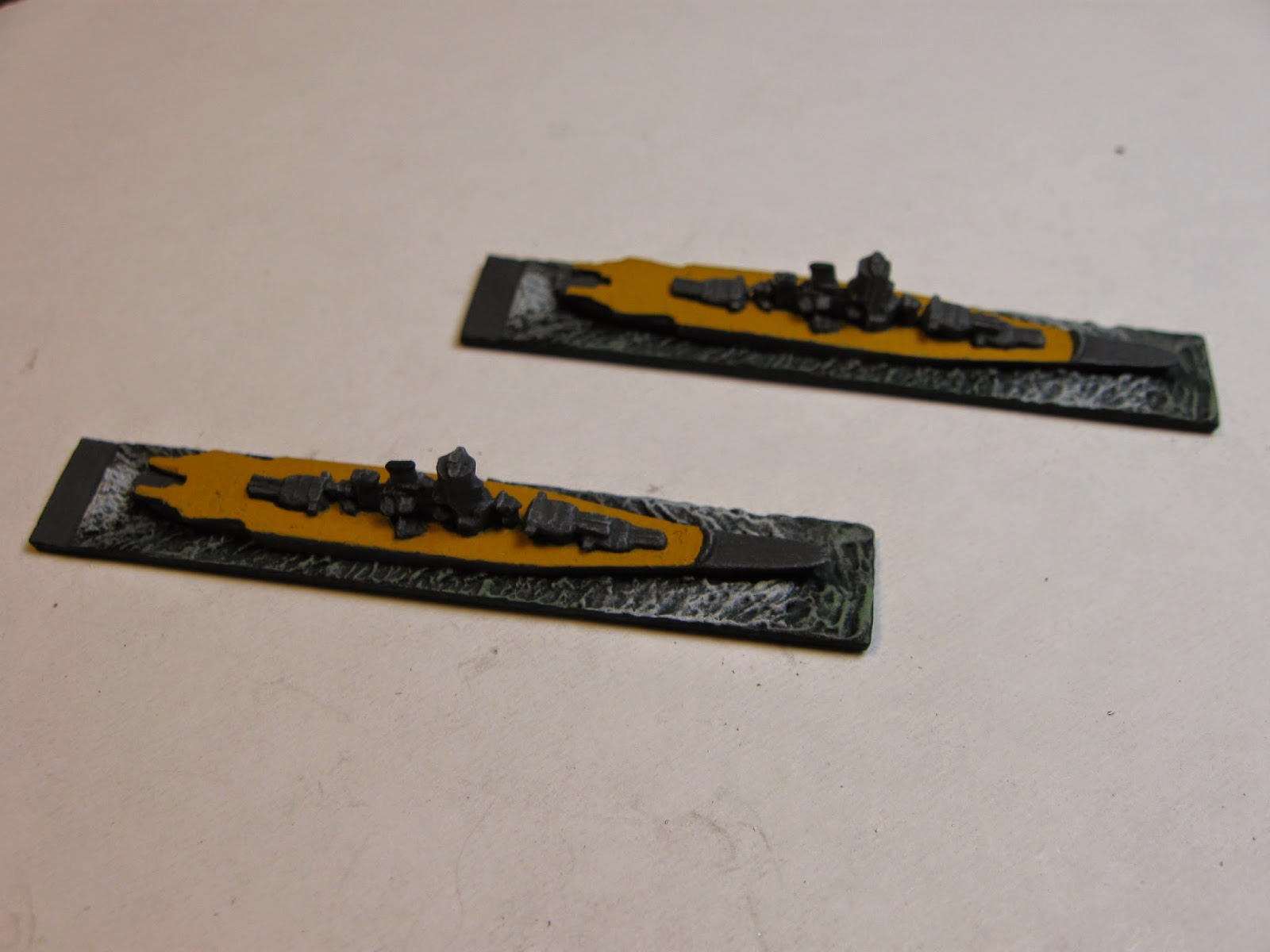 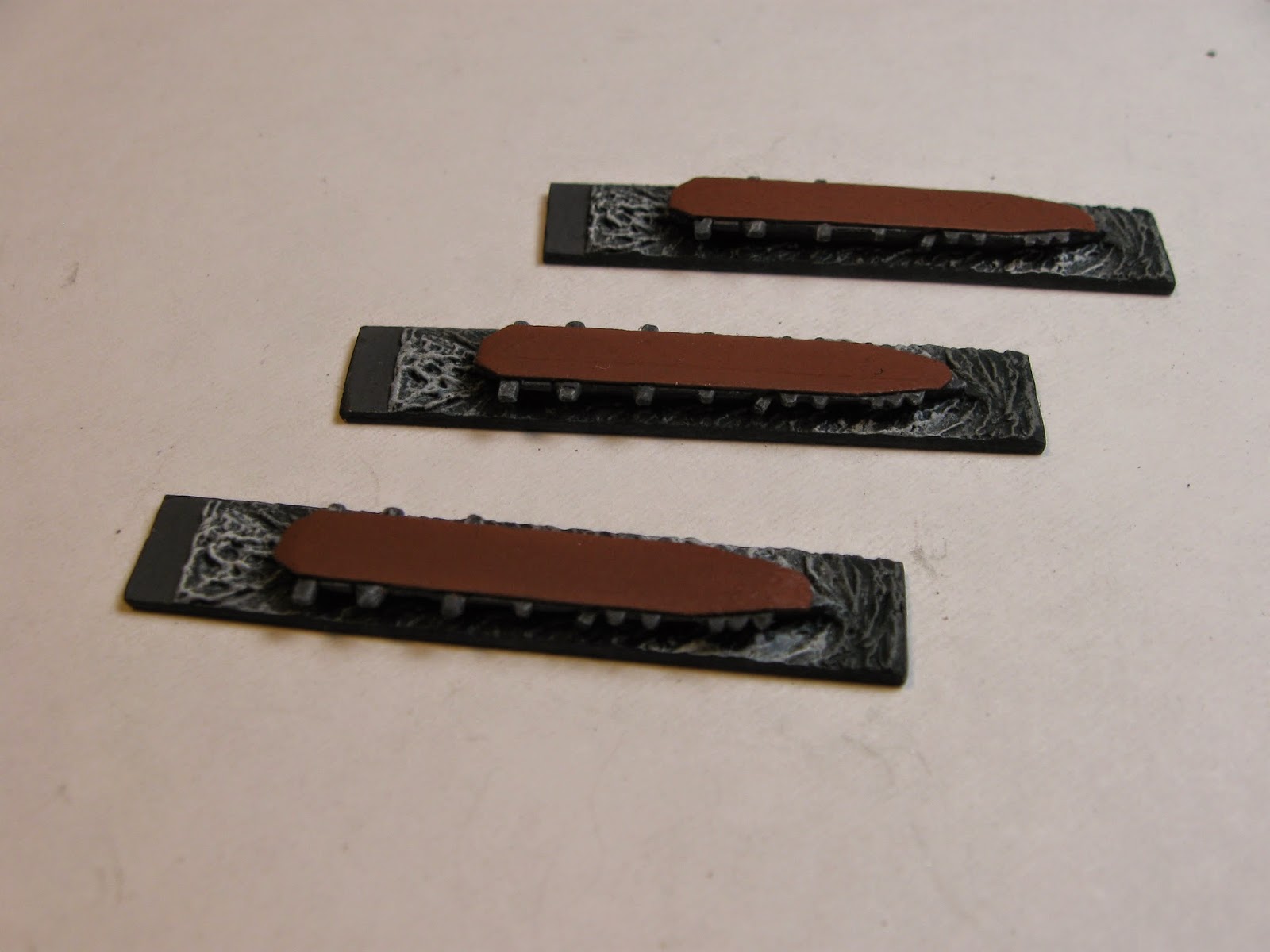 Finally, we have the creme de la creme!  Here are the Chiyoda and the Chitose in their '44/'45 camo schemes as well as I could portray them in 1/6000!  They took a while, but I thought they turned out very nice! 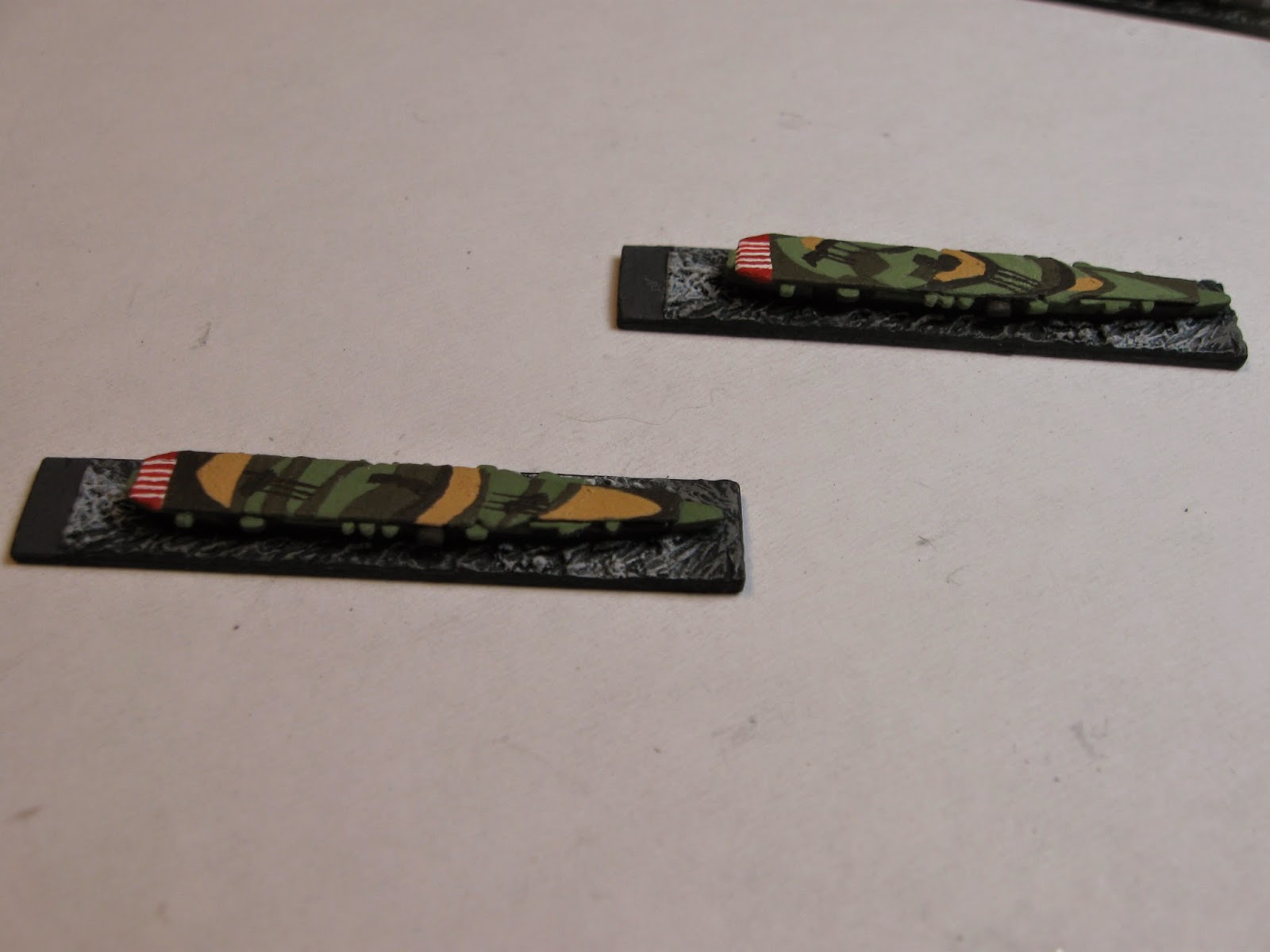 Hope you enjoy them!  I'm actually jealous - wish I had painted my own ships in this way.
Posted by Sundance at 1:34 PM