Just about the only consolation of being stuck on an air force base in the middle of nowhere for four months (aside from graduating my course, that is - assuming I graduate, of course) is that I'm an aviation junkie and air force bases are like miniature museums with airplanes everywhere.  This one is no different.  Sadly, there is no active flightline.  Although the runways are still here, they have that large 'X' at each end indicating it is no longer active.  We use it for our PT runs once or twice a week.

There are a few airplanes around - including a couple of special ones and another surprise, all of which I'll save for the end of the post.  We'll start off in chronological order, with the older trainers and work our way up to the ultra-cool. 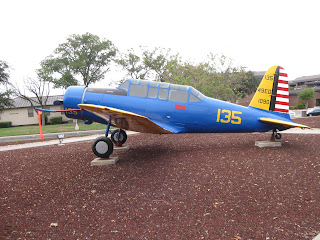 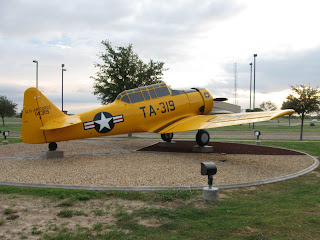 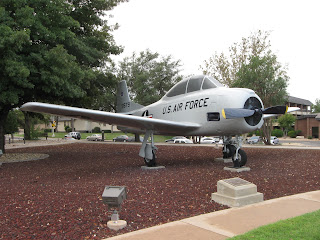 T-28A Trojan.  This particular plane was carried on the AF
inventory from 1951 to 1976!
So much for the trainers.  They have there own history, but aside from names I really don't know much about them.  The Texan was used as a ground attack aircraft by the South Korean Air Force during the Korean War﻿ and the Trojan was used in the same role by the USAF during Vietnam.  And speaking of Vietnam... 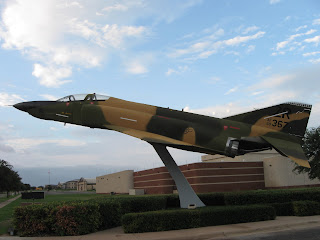 An RF-4 - not sure of the specific submodel 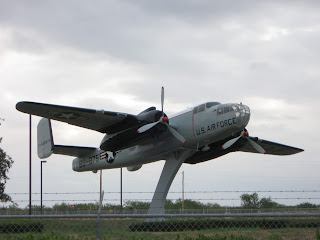 Not sure of the exact submodel of this B-25 - I'm guessing
it's either a trainer or recon version.  Turns out I should have
put this before the RF-4 as the last B-25 was decommissioned
in 1960.
﻿ 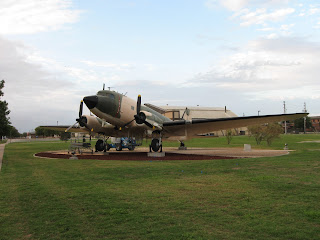 A standard C-47 painted to resemble an EC-47 used in Vietnam.
Now we get into some more modern fun: 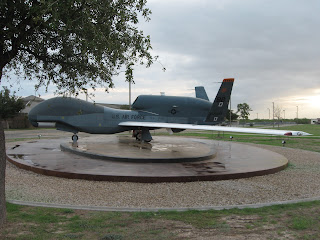 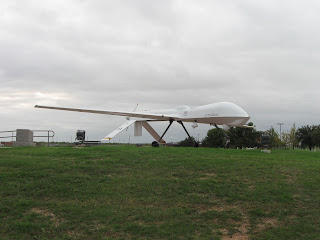 RQ-1 Predator.  Hmmm, strangely resembles an aircraft seen
recently over Yerbouti...
OK - so now we get on to the really, really cool (at least in my estimation) stuff.  First there was this: 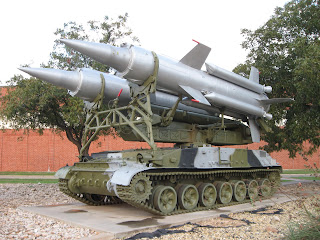 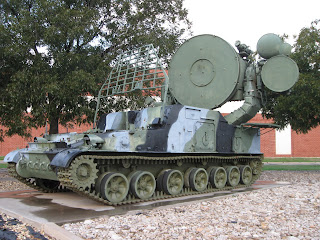 ...is its Pat Hand radar.
And even better, we got to go inside the vehicles.  There wasn't much room, even with the seats removed.  I've been in an M1 Abrams, and there is tons more room than in these bad boys although I have to admit that the driver's compartment in these is slightly roomier than the Abrams.  But not much.
﻿
﻿ 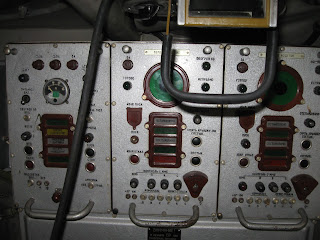 Inside the missile transporter. 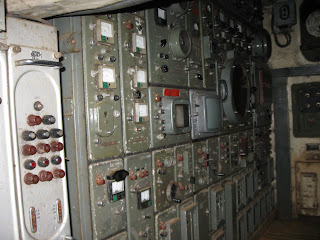 Inside the radar vehicle - that's the main radar screen just to the
right of center. 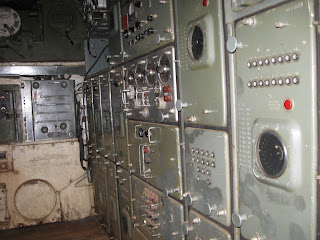 And the opposite wall inside the radar vehicle.
Now we get to the cooler part of the post. 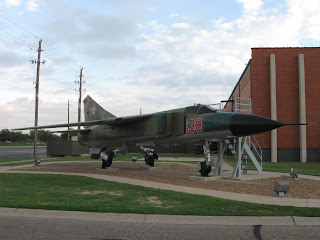 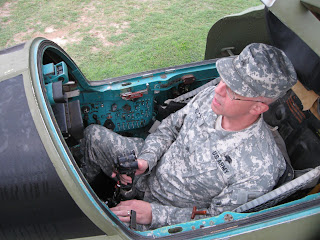 I got to check out the cockpit! 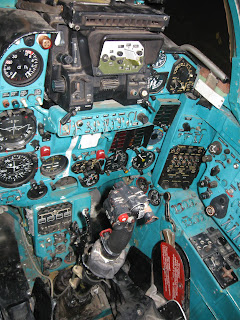 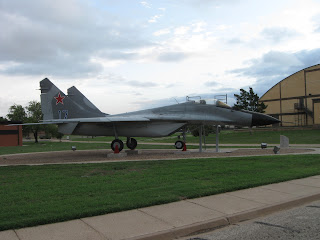 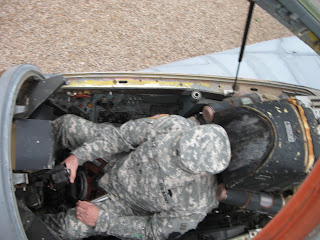 Yup, I got to sit in the Fulcrum too! 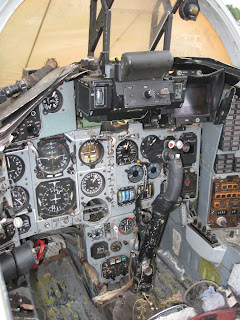 It is a beautiful little plane - much smaller
than you'd expect it to be.  This particular
specimen if pretty messed up inside the cockpit
because they didn't black out the canopy
and the sun here just beats it to death.
That's it, folks!  Hope you enjoyed the tour!﻿﻿
﻿
﻿
﻿
Posted by Sundance at 9:41 AM