Well, not much gaming going on lately so I thought I'd throw another game from a couple of months ago up here.  We had three or four miners in the camp next to the river get attacked by four Apaches.  Two entered from opposite sides of the board with the miners sandwiched between them.  Again, I didn't get any really good shots. 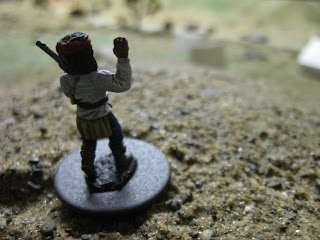 One of the Apaches on a hill with the miners' camp
in the distance.

The Apaches did quite well.  I think one might have gotten wounded, while all the miners were killed or wounded.  I think one of them got away by skeedadling off the left side of the table.  I could be mistaken, though. 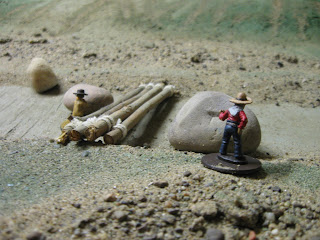 Two of the miners in the river, shooting at the Apaches
entering on the other side.  They didn't see the ones on
the near side until was too late! 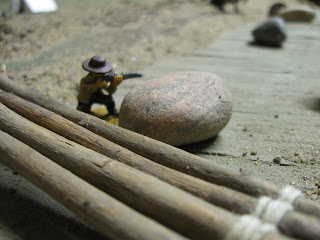 Another shot of one of the guys in the river. 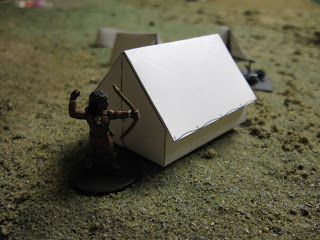 One of the Apaches in the miners' camp.

The figures are all Dixon and the tents are from Whitewash City by Hotz Artworks.

This week will just be some light gaming or boardgames because of Easter.  Hopefully the following week we'll do some naval gaming.  Until next time.﻿
﻿
Posted by Sundance at 5:24 PM