Haven't posted in a while, and haven't even kept up with posts that I have.  In part of June and July, my girlie, now 13 was here.  She isn't into the wargames so much, though she has played a couple with me and my friends.  There are even several of my family games she doesn't like, including Roborally and Formula De.  But when she was here, she asked if we could play Roborally so she could get good at it.  We played three or four games during the course of which she got progressively better. 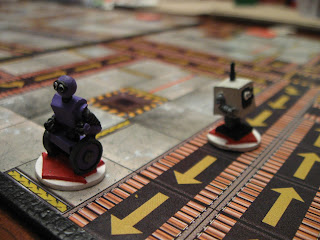 This was a close point in our second or so game.
The close finish came in our last game.  The following pics were taken at various points in that game.  You can see it was close through most of the game, but the last four pictures were taken in the last four turns of the game.  Wow!  She did a great job - coming *THAT* close to beating me!  (I was blue; she was green.) 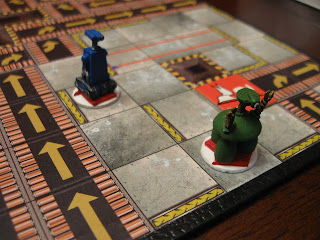 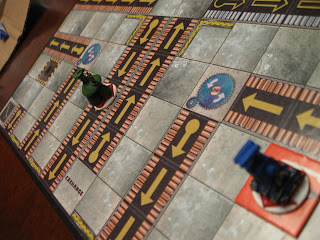 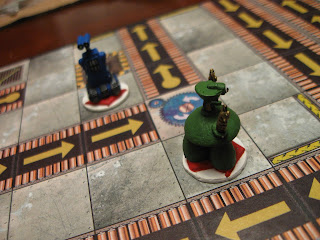 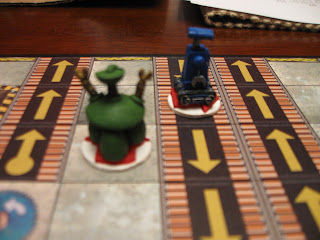 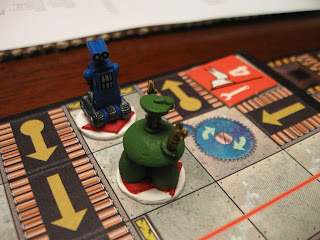 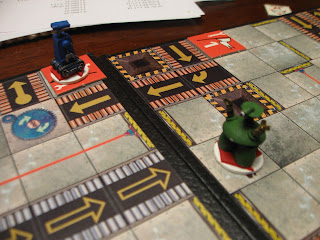 Of course, it didn't work out so well when one of my friends came over to play it with us, but she still did great!
Posted by Sundance at 11:38 AM